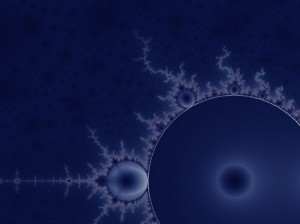 There are many definitions of the superconscious.  A simple definition from the Italian Psychiatrist, Roberto Assagioli is “the higher unconscious (or superconscious) denotes our higher potentialities which seek to express themselves, but which we often repel and repress” (from Psychosynthesis. New York: The Viking Press – 1965).

In his definition of Transpersonal Psychology Charles Tart points out that “Transpersonal experiences generally have a profoundly transforming effect on the lives of those who experience them, both inspiring those experiencers with an understanding of great love, compassion and non-ordinary kinds of intelligence, and also making them more aware of the distorting and pathological limitations of their ordinary selves that must be worked with and transformed for full psychological and spiritual maturity.”

Because the superconscious is often difficult to describe and to objectively study, our approach to understanding the superconscious includes our subjective experience and explorations of the states of consciousness associated with this dimension of human awareness.

Transpersonal Theory and Its Application to the Practice of Psychotherapy, “transpersonal theory proposes that there are developmental stages beyond the adult ego, which involve experiences of connectedness with phenomena considered outside the boundaries of the ego. In healthy individuals, these developmental stages can engender the highest human qualities, including altruism, creativity, and intuitive wisdom.”

The Archives of Scientists’ Transcendent Experience TASTE is an online journal devoted to transcendent experiences that scientists have reported. It lets scientists express these experiences in a psychologically (and professionally) safe space.  It is an excellent collection of personal experiences of the superconscious and thus a form of subjective research into the sublime.

Does Consciousness Survive Death? I am sometimes surprised and intrigued at the doubts that friends and clients have about the survival of their consciousness at the death of the body or more simply that there is life after death. These are often people who know how to meditate and enjoy thinking and talking about the transpersonal dimensions of existence.