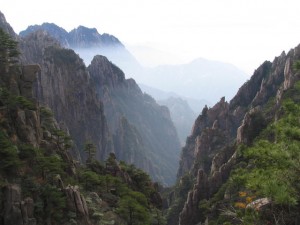 Why is philosophy an essential part of psychology of joy? Because we all have a philosophy whether or not it is explicit or we are aware of it. This personal philosophy, often unconscious and unexamined, informs our view of existence and our decisions in navigating life’s choices and challenges.  Simply stated, philosophy is a system of beliefs about reality and one’s integrated view of the world and how the world works. The closer our beliefs about reality and our views about the world match the truth of reality and existence, the more joy we will experience.

New Paradigm Shift: A Comparison of Old and New Paradigm Perspectives Our world appears to be making a profound shift from one paradigm to another. The old paradigm served humanity for many, many years, and in some ways serves us still. Yet an exciting new paradigm is paving the way for a more loving, harmonious way of living and interacting with all around us.

The Science Delusion by Rupert Sheldrake. This notable TED talk by Rupert Sheldrake challenges much of the materialist philosophy of science was censored and the video was removed from the TEDx youtube channel. This is Dr. Sheldrake’s response to the criticism of TEDx.

Integral Theory Integral theory is a school of philosophy that seeks to integrate all of the human wisdom into a new, emergent worldview that can accommodate the gifts of all previous worldviews, including those which have been historically at odds: science and religion, eastern and western, and pre-modern, modern and post-modern.

An Overview of Integral Theory: An All-Inclusive Framework for the 21st Century “The word integral means comprehensive, inclusive, non-marginalizing, embracing. Integral approaches to any field attempt to be exactly that: to include as many perspectives, styles, and methodologies as possible within a coherent view of the topic. In a certain sense, integral approaches are “meta-paradigms,” or ways to draw together an already existing number of separate paradigms into an interrelated network of mutually enriching approaches.”
– Ken Wilber

What is Philosophy? Here are some thoughts on this question by Paul Brunton, the British philosopher, mystic, and writer, who studied Eastern and Western esoteric teachings.